In November 2021, the British Board of Film Classification (BBFC) published new research on racism and discrimination in films and TV shows. 70 participants, mainly people directly affected by discrimination, were asked for their opinion on the age classification of scenes in current and older content. tv diskurs spoke to BBFC Chief Executive David Austin about the motivation for the study and the main findings.

Was there a specific motivation for the BBFC to do the study on racism and discrimination?

Not directly, but we have perceived that social movements to fight racism and discrimination have raised public awareness of these issues over the last two years. Many organisations, including VoD platforms, have responded in various ways, working to inform and protect audiences from unwanted content. As the UK’s film and video regulator, it is our duty to take the concerns of people in the UK seriously, and to incorporate their expectations into our age ratings and content recommendations. We have therefore carried out this research to find out what people in the UK think about issues of discrimination in films, series, music videos, etc., to understand how they think we can give age ratings to this content, and how we can best inform audiences about the topics.

Why are the community groups that are considered to be particularly affected by discrimination overrepresented in the study? Did you give increased importance to the opinions and responses of this group?

We wanted to understand how those who are directly affected by racism feel about the representation of their group in films, but we weighted everyone’s opinion the same. We have done this in a similar way in previous research, for example last year in a study on representations of domestic violence and the question of the consequences for classification. With such topics, we then work primarily with rating information.

What is the new learning in relation to how discrimination is perceived?

Discrimination has long been one of the key aspects of age classification and is an important topic we have explored in previous research projects – most recently in our 2019 guidance research, which looked at different forms of discrimination, including racism and trans issues, in different contexts. As with 2019, the current research project shows that people in the UK are very concerned about discrimination – particularly racism – both in society and in the media.

However, some people believe that children should certainly be shown examples of racism and discrimination to prepare them for real life, where they will encounter this behaviour. Others, however, want to shield and protect children from a discriminatory and racist reality for as long as possible. However, both groups, especially parents, want content warnings so that they can make informed decisions about their media consumption.

How do you usually rate content with discriminatory statements and to what extent does the practice change as a result of the research findings?

We always consider the context in which the incidents appear on film and take into account the various factors that can lead to a higher or lower age rating. Violent and threatening behaviour or the use of particularly offensive language, for example, reinforce discriminatory or racist behaviour. A clear condemnation of the behaviour, sympathy with the victims or a documentary or historical background, on the other hand, can act as “mitigating” factors that help to place the scene in an interpretive framework, and possibly grant it an added educational value.

A large part of our work now consists of screening older films and television programmes. This content is either being remade or shown in cinemas for the first time. It is a challenge to assess these potentially “dated” titles against the updated guidance in our guidelines. We therefore wanted to find out what viewers think about older films and series, to what extent they place this material in its historical context, whether they think it should be rated more restrictively, and what value content warnings have for them.

What are the key findings?

The research shows that audiences are very good at recognising older films and TV shows as “a product of their time”. This does not make offensive or potentially harmful behaviour unproblematic but is important in classifying the intention behind it and distancing it from modern content. Respondents do not necessarily think that older content needs a higher age rating, but they do place a high value on content warnings so that they are aware of potentially harmful content and can avoid it if necessary, especially if they are watching it with younger family members. Rating information can provide the appropriate framework to prevent misleading interpretations or possible role-modelling.

Finally, an important – and encouraging – finding of the study is the level of empathy that people in the UK have for people who experience discrimination. Even in cases where respondents did not feel personally offended by a film or clip shown, they rated the behaviour as potentially hurtful to others. Again, this shows the importance of rating information in informing audiences, especially families, and giving them guidance on what is right for them and their children.

Information about the rating rationale is published on the film posters in the UK. Where do you place them in the online space and what does the information look like there?

Information about each piece of classified content is published on our website and in our app. Online content is not the responsibility of the BBFC by statute. However, the government is currently considering whether age rating should be mandatory on platforms as it is in Germany, but so far age ratings are not mandatory. But if you go to Netflix/UK, for example, you will find 100 % of the content there with a BBFC classification and BBFC rating information.

Trigger warnings are being discussed in Germany for depictions of racism, discrimination, or domestic violence. Does the BBFC recommend such warnings for certain content?

How is rating information on television regulated?

The BBFC is not responsible for television content outside of platforms. My personal experience is that it is often announced when a programme contains content that some viewers may find disturbing. Sometimes warnings are also given, or reference is made to further information on a website or an organisation that deals with the issue.

Let’s go back to the study and the examples you used. For example, what films did you show the participants about racism?

We used a number of films and TV programmes, for example Horrible Histories, a programme that teaches history to children in a funny way. We showed an episode about the civil rights movement in the USA in the 1960s. Another example is the film Won’t You Be My Neighbour, which is about racism in the USA in the 1950s. In both cases, parents were in favour of rating information to educate them about what they had seen, or to categorise it for their children, or to simply avoid that content for another year or two. For both groups of parents, it is essential to decide for themselves.

Were there also cases where people would have liked a different age rating?

Most respondents were generally happy with the BBFC’s ratings, but there were also votes for a different age rating.

We gave the film Won’t You Be My Neighbour a 12 because of its racist content. Many people were in favour of the lower PG rating because racism and discrimination in the film are strongly mitigated by the documentary context and the anti-racist message.

The biopic Race, on the other hand, a film about the American track and field athlete who competed as a Black man in the 1936 Olympics in Germany, was rated PG by us because of the positive story, even though the “N-word” appears in it. Here, participants said they were so uncomfortable with the word that they felt a 12+ release was more appropriate. This is a clear result of the study: Under certain circumstances, a PG release may be possible despite the “N-word”, but in principle, content with the “N-word” is classified at least “from 12”.

What criteria did you use to select the films for the study?

We first looked for material that illustrates the point we want to ask about – i. e. racism. We have an archive with hundreds of thousands of films and TV programmes and thus a lot of content from which we can select examples. The specific cases are then mostly difficult decisions, i. e. content that lies between two age categories, that has been publicly discussed or about which there has been a lot of feedback or complaints. With Race, for example, the decision was not easy for us at the time, precisely because of the “N-word”. Now, three or four years later, we have asked the British public about it and know what we should better classify a film of this kind as a 12 in the future.

Did you address other aspects of racism in the study?

Another issue we explored is assumed ethnic identity. Today we would argue that any form of blackfacing is offensive and unacceptable, but in the viewers’ perception what matters is whether the portrayal is respectful or derogatory. For example, the portrayal of Alec Guinness, who plays an Arab in Lawrence of Arabia, is seen by participants as respectful because the character appears sincere and honourable. Mikey Rooney’s portrayal of a Japanese man in Breakfast at Tiffany’s, on the other hand, seems grotesque and is a stereotyping of the Japanese person.

The participants do not want a changed age rating here, but they do want references to the racial stereotyping or assumed ethnic identity of the actor. This is what the BBFC will implement from now on. 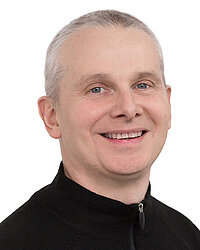 David Austin is Chief Executive of the British Board of Film Classification (BBFC). 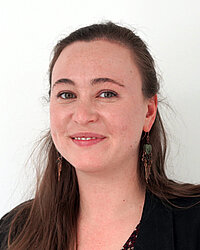 Elizabeth Ávila González studied international law with a focus on human rights and media in Dresden, Paris and Wrocław and is an advisor in youth protection media law at the German Association for Voluntary Self-Regulation of Television – FSF e.V.

David Austin is Chief Executive of the British Board of Film Classification (BBFC).

Elizabeth Ávila González studied international law with a focus on human rights and media in Dresden, Paris and Wrocław and is an advisor in youth protection media law at the German Association for Voluntary Self-Regulation of Television – FSF e.V.